Because of Netflix I’ve seen 12 series so far. Where I first only watched movies, am I now completely hooked if it comes to series. My list is very long when it’s about favorite series and so far I like all the series, but today I’m only going to show you my 4 real favorites! Once Upon A Time

Once Upon A Time is an adventure, romantic and fantasy serie and I love this combination! Once Upon A Time is mostly about fairy tales and Disney figures, which seems logic to me because of the “Once Upon A Time” where most fairy tales and Disney movies start with.
I personally LOVE fantasy and Disney, so for me it’s the perfect serie. It’s a combination of the traditional story and a new modern storyline.
It’s about the evil queen Regina who spoke a spell out of the Enchanted Forest, which make them appear in the real world in a town with the name Storybrooke. Everyone forgot who they really are. Mary Magaret is Snow White, but she thinks she is just a school teacher. Eventually there will be so many fairytale and Disney figures and they will have many adventures. There is always a villain and there is always someone who needs to be saved.
I’m completely in love with this serie and the characters, I even like the evil queen Regina! And I’m not the only one, also my mom loves this serie and we can’t wait until the next season starts! PLL is a drama, mystery, romantic and thriller serie and also this is a perfect combination for me. I love series where there is a mystery in it, something I can’t discover how hard I try. Especially because I’m good at figuring out the mysteries, but I wasn’t able to discover who A was, which lead us to the story behind PLL. It’s about five friends, but on a day one of the friends with the name Alison disappears. It seems she is been murdered, but the four friends get text messages from someone who ends it with “A.” Are you already curious who A is? At least I was very curious. I think 6 years ago I’ve read in a Dutch magazine about this serie, so from that moment I’ve started this serie and I loved it from the start. Later when it was also available for Netflix I was completely hooked!
PLL almost ends unfortunality, but 7 seasons are enough and I’m really loving the last episodes. I’m so curious what’s going to happen now! If you don’t like thrillers or fantasy series then maybe this is something you would like, because New Girl is comedy. If you think I only like scary mystery with creatures that doesn’t exist things then you are wrong, because I love comedy series. Especially in the evenings I like to watch something I don’t really need to think about and something that won’t give me nightmares, because when I was watching Pretty Little Liars a lot, especially in the evenings I’ve been dreaming all night about “who is A?” so no, I prefer to watch something comedy in the evenings and this is my favorite.
New Girl is about Jessica Day. A girl that’s a bit weird, but that makes the serie so funny and fun to watch. She lives together with her roommates Nick, Schmidt, Coach and Winston, but you also see her best friend Cece a lot.
It’s just the storyline and the characters that makes this my favorite comedy serie. It’s funny, not like you’re falling off your chair from laughing too hard, but it’s just fun to watch.

I said: not falling off your chair from laughing too hard, but I didn’t see episode 6 and 7 yet, so now I did and I really had to laugh on this one. So it can be very funny. I would never have predicted that ever in my life I would have been able to say I love something with horror, but The Vampire Diaries is for sure horror, but also drama, fantasy, mystery, romantic and a thriller serie.
I started this serie with lots of doubts, because I did already expected it could be a bit scary, but everyone was all the time telling me: it’s a great serie, you should watch it. So I was like: I should give it a try and OH MY GOD I’m in love with this serie. I still need to see some seasons, but the first 5 were already amazing.
It’s about Elena, Stefan and Damon. Elena and her little brother Jeremy lost their parents in a car accident and eventually Elena gets in touch with Stefan and Damon. Without telling a spoiler I can say that Stefan and Damon are vampires. There happens so much I can’t describe it in a few words without telling the whole storyline. I can say that you also have Bonnie, who finds out she is a witch. You see a lot of Katherine, which I’m not going to tell who she is, but even she isn’t a nice person you are gonna love her. You also have Tyler, Caroline and Matt, Elena’s school friends. It’s not only about vampires and witches, it’s also about werewolfs, but who the werewolf is? I’m not going to tell you. I’m already excited to start the 6th season of TVD!

Source Pictures: Once Upon A Time, , New Girl, / Edited by me 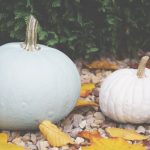 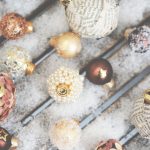 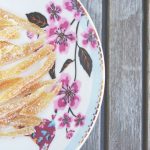 Welcome on MissRenate.com - I'm the girl behind this blog, my name is Renate. I'm a Dutchie trying to have an English blog and I write about Beauty, Fashion and Lifestyle, so get yourself a cup of tea and start reading my blog! I hope you enjoy reading it!